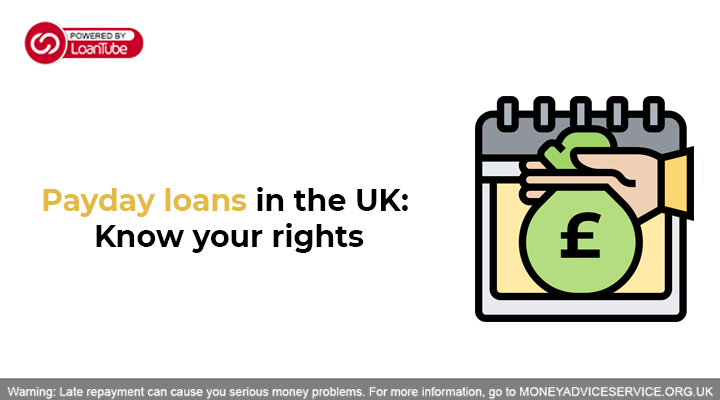 Your savings may not be enough to cover some urgent expenses. Many times, waiting for your payday to pay for unplanned expenses may not be an option. For instance, your refrigerator might need fixing, or there may be plumbing issues that need urgent attention.

For such minor but pressing issues, many of us tend to use credit or borrow money, which can later be paid back in monthly instalments. Although, those of us who are struggling with a bad credit score are vulnerable to high-cost short-term debt such as payday loans.

Payday loans have always held a notorious reputation in the HCST lending industry. Although, in recent years, the FCA took payday loans under its wings and made some consumer-friendly transformations to these loans.

While the core concept remains the same, the regulations instated by the FCA have certainly affected the payday loan industry. Read on to find out more about how the shape of the payday lending industry changed after the FCA’s intervention.

What are payday loans?

Payday loans are one of the many credit solutions that fall under the High-Cost Short-Term umbrella, but the most controversial one. Typically, credit-challenged consumers looking for a quick cash advance to tend to urgent financial matters opt for payday loans.

Some even refer to payday loans as payday advances simply because this loan allows you to cater to the expenses that cannot wait until the following payday. Bad credit borrowers form a primary share of pay loan consumers due to the lack of proper affordability assessments.

You can typically borrow anything between £1000 and £2000, which can be repaid within a week or a month. Since people usually borrow smaller loans, lenders don’t take long to disburse the money into the borrower’s bank account – sometimes within a matter of hours.

Payday loans have garnered quite a reputation in the lending industry because of:

Those who borrow payday loans without fully comprehending the loan terms often take on additional debt to pay off their payday loan balance. Such an impulsive decision could push you further into a debt trap. It would be best to thoroughly understand the terms of the contract and the repayment implications.

What went wrong with the HCST lending industry?

The payday lending industry for formerly looked after by the Office of Fair Trading (OFT) until the FCA took over in April 2014. Before this shift, the industry was failing to meet the fundamental guidelines set for them.

The OFT pointed out several loopholes in the payday lending industry, which led to exploitation of consumers and growing criticism towards HCST lending:

On the whole, the payday lending industry was replete with issues. Debt charities started receiving more calls than ever from borrowers struggling to deal with extensive amounts of payday loan debt.

Seeing the plight of these borrowers, the FCA took over and became the regulatory authority for the payday loan industry. Since then, FCA has rolled out a myriad of measures to prevent the exploitation of borrowers at the hands of payday lenders and ensure fair credit opportunities for all.

As the FCA help the reigns of the UK’s payday lending industry, they introduced several measures to counter the past damage. One of the critical guidelines instrumental in changing the functioning of payday lending is the FCA price cap.

As per the guidelines:

To safeguard borrowers’ interest, the FCA ensures that borrowers will never have to pay back more than twice the original loan amount. Additionally, for every £100 borrower over a term of 30 days, the lender cannot charge you over £24 in fees.

Several payday loan lenders can work around this cost, savings you heaps of money. However, the challenge is to prevent desperate borrowers from falling into the trap of shady lenders selling predatory loans.

The new guidelines bring a sigh of relief for borrowers who end up paying as high as £2000 for a £400 loan due to hidden charges and late payment fees. As per the new rules, you’ll not have to pay more than £800 for a £400 loan.

The FCA anticipated that at least 11% of the current borrowers would lose access to payday loan solutions after the price cap. These are the people who were likely to be worse off had they been granted the loan. Thus, the price cap protects these borrowers from unnecessary financial hardship.

The number of loans and loan amount borrowed dropped by 35% within the first five months after implementing FCA regulations. The FCA continues to conduct further research and analysis of the market exit to assess the impact of the price cap.

Payday loans can seem like a quick and reliable credit solution. Still, it is important to remember that lenders aren’t always candid about the catch – sky-high interest rates and high repayment charges. It would be best to pay off your payday loan as soon as possible since the average APRs for payday loans could exceed 300%.

While the FCA’s price cap is a significant first step towards improved credit opportunities, there are lenders out there who might exploit desperate borrowers by charging high rates. You may want to avoid borrowing a predatory loan from a sketchy lender. Instead, consider other credit options such as personal loans.

Late repayment can cause you serious money problems. For more information, go to MONEYADVICESERVICE.ORG.UK
Credit subject to status & affordability assessment by Lenders.
Oyster Loan is a credit broker and not a lender

Think carefully before securing debts against your home. Your home may be repossessed if you do not keep up repayments on any debt secured against it.

The rate you are offered will depend on your individual circumstances.

All loans are subject to status. The interest rate offered will vary depending on our assessment of your financial circumstances and your chosen loan amount.

Oyster Loan is a licensed LOAN BROKER and not a lender. The website is registered in the UK and is authorised and regulated by the FINANCIAL CONDUCT AUTHORITY (FCA). WARNING: Late repayment can cause you serious money problems. For more information, go to MONEYADVICESERVICE.ORG.UK.

Oyster Loan does not charge any fees. If you are contacted by anyone claiming to be from Oyster Loan and requesting you to make a payment, report it to www.actionfraud.police.uk.

All Loan approvals & Quotes are subject to Credit Score and Affordability requirements by lenders. If you meet the lender's criterion, you can borrow the money. We as a broker make an attempt to process your application with the most suitable lenders in our panel.